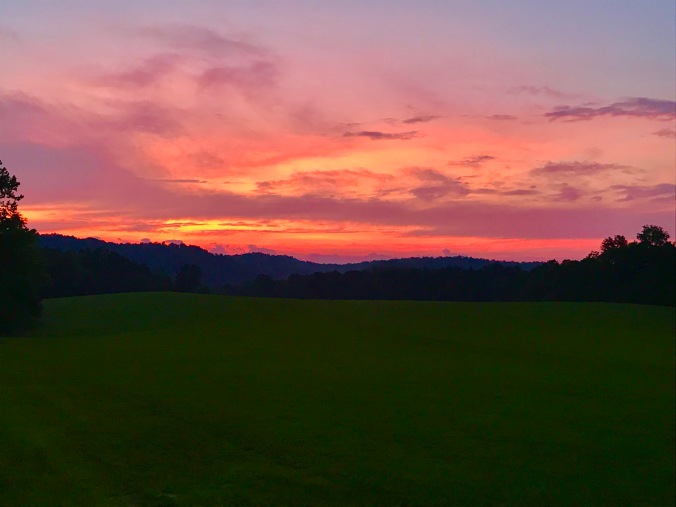 Sometimes, we have to look through the weirdest circumstances to encounter God. This is a story of one of those times.

I was lucky enough to spend last week serving as a mentor for a group of teenagers at the Radical Discipleship Academy of Appalachia, an initiative of the West Virginia Annual Conference of the United Methodist Church’s Conference Committee on Youth Ministries. It was an incredible week working with some really remarkable teenagers and some awesome colleagues at Spring Heights Camp, a facility owned by the WVUMC and used for a variety of summer camps and other retreat activities.

As the adult staff gathered on Sunday night to prepare for the students’ arrival on Monday, we walked through some worship and prayer exercises and ended our time together in prayer triads, groups of three people who would pray for one another’s needs for the week.

A prayer for rest

One of my prayer partners, who happened to be our guest speaker for the Academy, asked me what I needed prayer for. Having just come off a stressful week of trying to button things up at the church so I could be gone for a week, I simply asked her to pray for me to have some rest.

It seemed like a pretty reasonable request, considering the fact that our schedule for the week was jam-packed, including late nights and early mornings. Rest would be a precious commodity.

We’re having a heat wave…

Sure enough, I was beginning to feel the effects of sleep deprivation by about Thursday, a day when we were to take the students offsite for a planned overnight mission project. Due to some allergy issues, I planned to return to camp at the end of the day along with a few other adult leaders with similar concerns.

Thursday also turned out to be the 5th consecutive day for us to experience 90+ degree temperatures and oppressive humidity that drove the heat index well over 100º. So, needless to say, by mid-afternoon when some of us had to drive a few miles out a rural West Virginia back road to shuttle some of the kids from one place to another, I was fading fast. 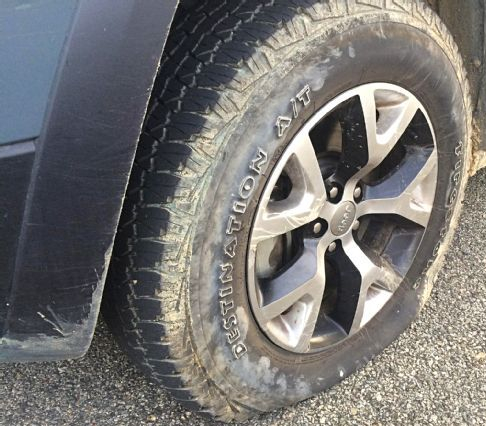 Which is when God gave me the flat tire.

Now I know it sounds strange to say that God gave me a flat tire. But hear me out.

As a result of getting a flat out in the boonies of Roane County, WV, in 100º+ heat, I was a filthy, sweaty mess by the time I got the tire changed, and had just enough time to get back to the town of Spencer to try to get to an auto shop before they closed to see if I could buy a new tire (luckily, my Jeep Cherokee came with a full-size spare…but it was just one spare, leaving me vulnerable for further driving on roads used more frequently by logging trucks than local residents).

I made it to the shop five minutes before closing time, and the kind and very professional owners and staff fixed me up by putting my spare back on the good rim and selling me a used tire to put in the spare well.

At that point, though, it was fairly pointless to drive back to the mission site, so I returned to camp with the hopes of getting my sermon for last Sunday written and maybe catching up on some correspondence before the other staff members returned.

One is the loneliest number

As it turned out, I had nearly five hours of total solitude back in the retreat area of Spring Heights.

Now, as an extrovert, I generally relax in a crowd. I need people around me to unwind. But even extroverts need the occasional bit of solitude.

After a quick shower and piecing together some delicious leftovers for dinner (don’t ever let anyone tell you sausage gravy and mashed potatoes isn’t a good dinner!), I sat down at my laptop, expecting to do battle with the camp’s sketchy Wi-Fi service while trying to get some work done while I had the time.

But something really cool happened in the midst of that.

I not only managed to get everything done I needed to do, but actually flew right through it without my internet signal ever dropping out. And as I finished up, I looked out the windows of the cottage to see an amazing sunset over the hilltops on the western horizon.

As I stepped out to try to get some photos and admire the day’s final display of color and light, I realized the humidity of the day had broken a bit, making it almost pleasant (or at least markedly less disgusting!) in the summer evening air.

And I realized something else.

Did you hear the one about God and the flat tire?

And that’s when I realized God had answered my prayer through a flat tire.

I should note, by the way, that I’ve never doubted that God has a sense of humor.

I say that because in the moment of having a blowout in literally The Middle of Nowhere West Virginia, I could have thrown one hell of a pity party. I could have questioned why I was even there in the first place, or ruminated on what particular sin God was punishing me for, or indulged any of a number of other negative thoughts.

Now, do I believe God literally gave me that flat tire just so I could experience something transcendent later that evening? Honestly, I don’t think that’s how God works.

But I do believe God gave me the ability to see that good can be made of anything, and that if we’re willing to tune in and pay attention and not get wrapped up in our own self-pity, we might just open ourselves up to an encounter with the divine.

That evening, witnessing that sunset on that West Virginia Hilltop, there was no room for anything but gratitude.

Gratitude for a flat tire.

And an answered prayer.